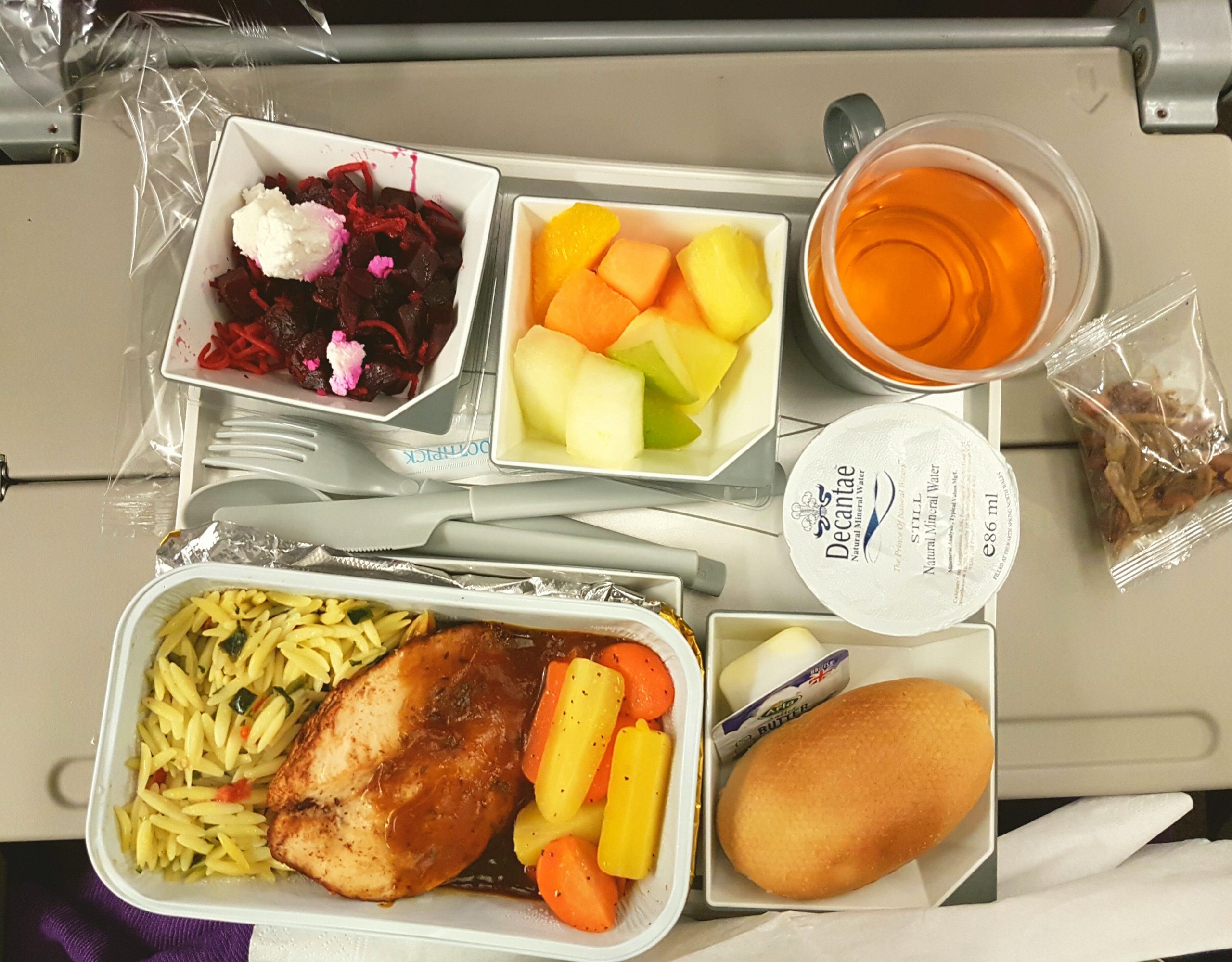 Chinese New Year is around the corner and I am heading ‘home’ to celebrate it with my family in Malaysia. After 10 years of celebrating it in the UK, I am finally flying to spend time with my bothers and sisters and their families.

This time I decided to fly with Malaysia Airlines.  The last trip home, I flew with China Southern Airlines and I will not do that again.

The flight with Malaysia Airlines  (MAS) was delayed. I was informed in good time that the flight was rescheduled by more than 1 hour so I went to the airport later.

I checked in and was early as I wanted my husband to reach home early, as the next day was a working day. After going through all the necessary  checks, I wondered around and finally decided to have dinner.  Dinner at The Commission was good. Service was quick and pain-free.

I had grilled Salmon and I ordered a side there were not sides included. I had blanched broccoli with flaked almonds.

As the delay was expected it was not an issue. I managed to do some shopping as well. However, after boarding, there was more delay.  We waited for quite a while.  22:55 was the expected flight departure. We were still waiting in the plane around 00:20!!  Later the pilot announced that there was no available tow truck to tow the plane to the runway. He further explained that there was nothing they could do.  We waited and then finally we were ready to leave.

After take off, the service went smoothly.

The chicken breast was really tender, considering that it needed to be reheated before serving. The mash was creamy and the mustard sauce with whole grain mustard was nicely seasoned and matched well with the chicken.

The starter was a couscous salad topped with feta  cheese.  The desert was chocolate mouse  and there was cheese and biscuits as well. The meal was tasty, comparable to restaurant standard.

The cabin service was quick with no fuss. The seats were spacious and I was lucky enough to have the middle seat free so the other passenger and I had extra room.

A snack was also served mid-way into the flight.  I managed to watch 2 movies!!

Another meal was served before landing. They ran out of nasi lemak-a perennial Malaysian favourite for breakfast, lunch or dinner. So I had chicken with orzo. The dish was delicious. Unfortunately I was not able to finish it as I was quite full. The starter was beet root salad, and the dessert was fresh fruits. 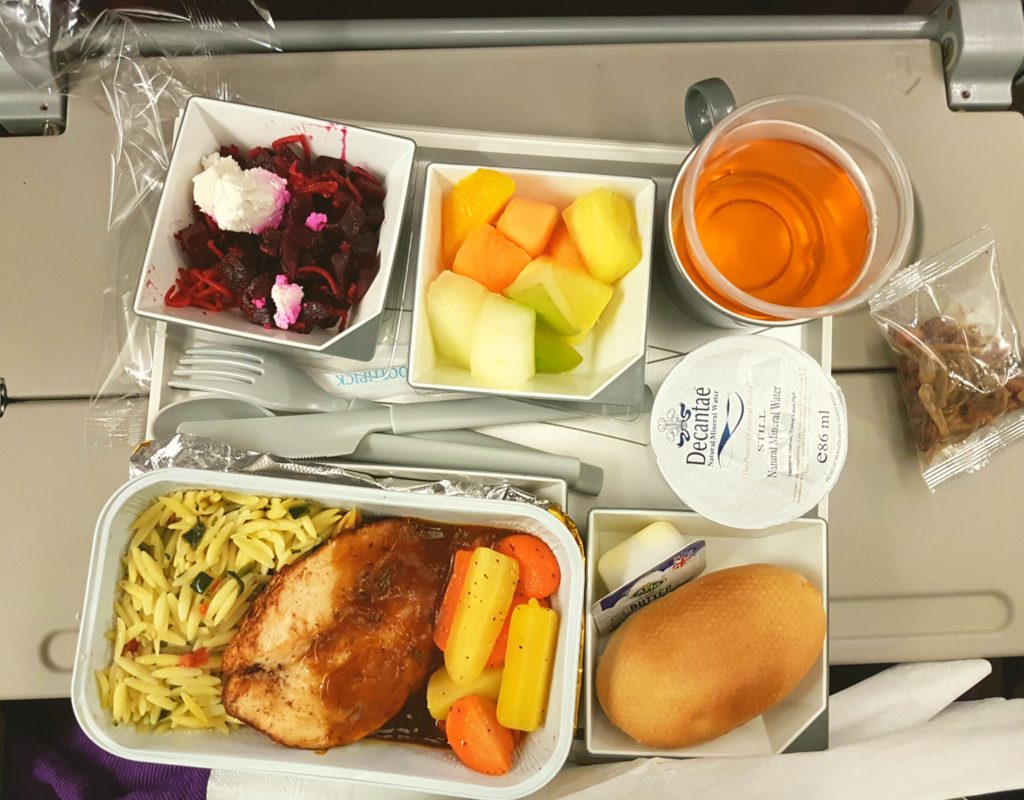 Chicken with orzo pasta.  I was too full and did not even ate half of the chicken. On the right of the photo is a pack of ikan bilis, or anchovies.

The ikan bilis was actually for the nasi lemak. My neighbour  and I wanted the nasi lemak but it was out of stock and the passenger commented that was unfair!! The steward commented that it was actually fair as the first meal was served from the rear first. and then move forward to the front. The 2nd meal was served from the front and then down to the back. It so happened that the ikan billis was ‘sold out’ as I believe we returning Malaysians were longing to have the nasi lemak!! Well, we can’t win all the time.

When we landed, we were delayed by around 3 hours. Some passengers who had connecting fights were concerned about their connections. . They were assured by the cabin crew that the ground crew would assist them. Sure enough, there were ground staff carrying placards with the connecting flights, ready to assist them.   The service on the whole was excellent. Whatever I requested on board I got it.

The service was good. As for the delays, we were informed  more than a day in advance.  However, the delay on the tarmac had nothing to do with the airline as it was the responsibility of the airport services.

I would certainly recommend Malaysia Airline. It is not that I am biased. When merit is deserved, it is deserved.

I meant to post this 2 days earlier, However, I wasn’t able to get internet connection. I only managed to get a local SIM card with a large data usage. However connection  is sometimes a problem, I mean the wi-fi connection in my family’s home. So if you see me posting erratically, you know the problem.  Anyway, I intend to post more this holiday. Unlike the last trip, I could not post most of my holiday story. I hope to be more diligent this time . And of course to use my new DSLR camera. Oh wait, I still need to read the instructions!! And the instructions for the new mobile that I got  5 days before departure!!!  Uurrghhhh…. Technology.

So until the next post, wish me luck in getting to grips with new technology 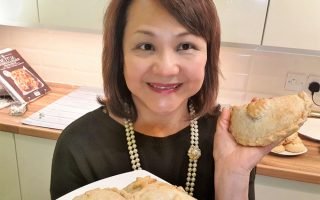 A Nyonya in UK, Gifts, Shopping 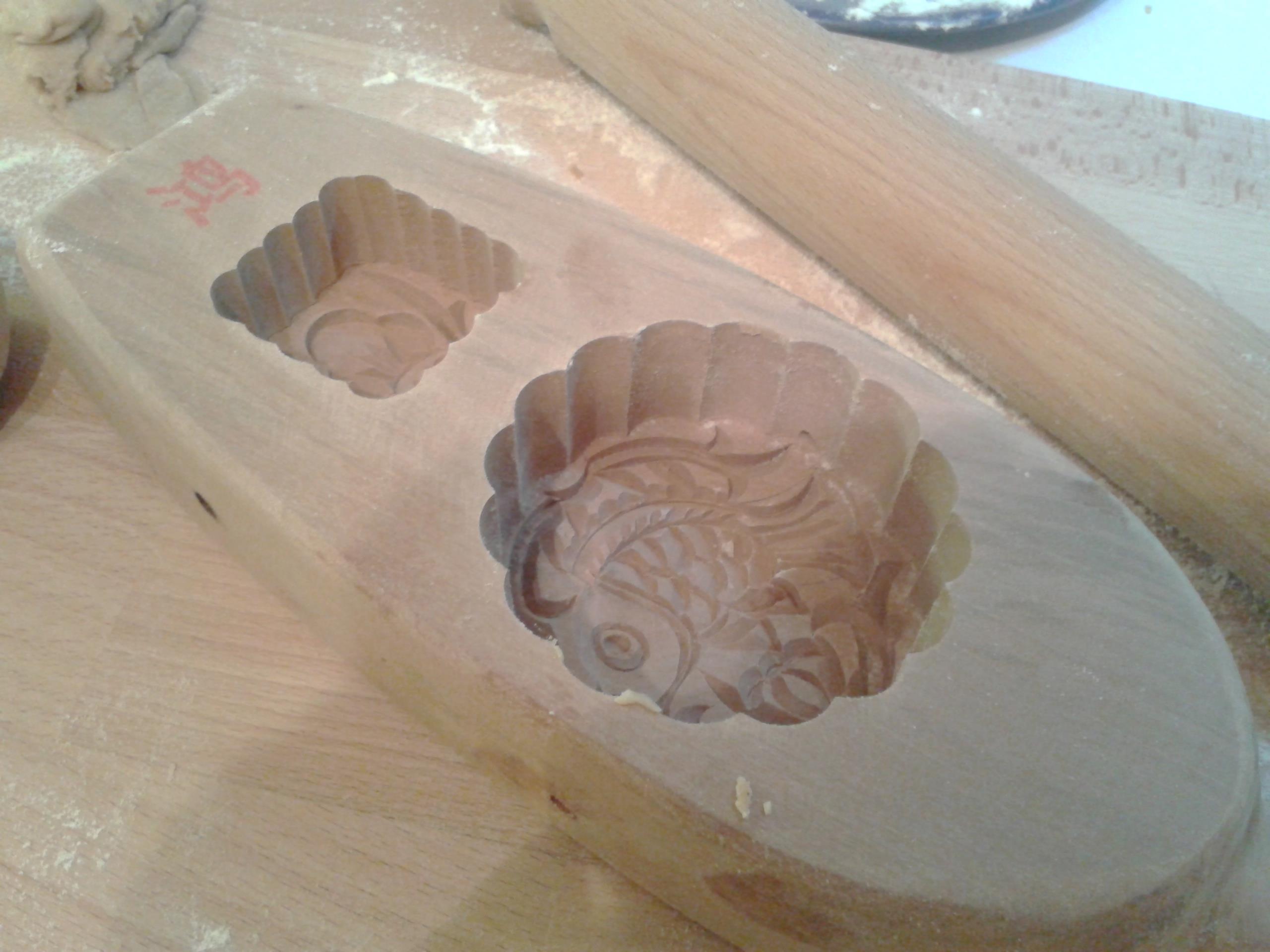 A Nyonya in UK, Snack

My (Mis)Adventure to the Moon (cakes)