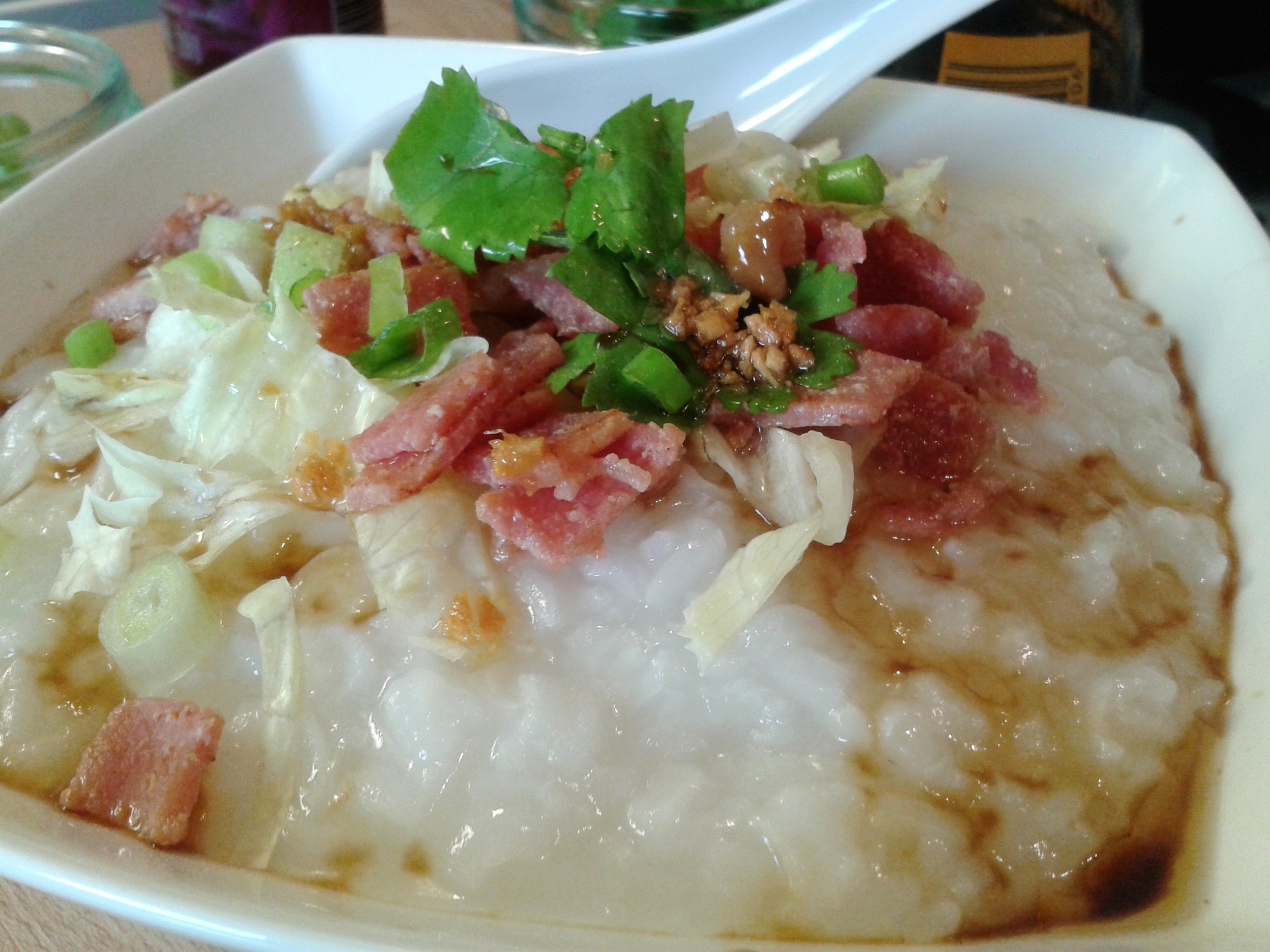 Time: about 30 minutes to cook the porridge

Rice Porridge, or Congee, is a meal in itself although it is not as filling as rice as the water content is high.  In my Love Food Hate Waste  cookery class, I used left over rice to make the porridge. Back in Malaysia, we make this using uncooked rice, and we boil the rice with water to get the thickness that we want. Some families like theirs quite watery, some like it thicker. so the choice is yours.

Rice Porridge is very versatile. We cook the plain porridge and then add garnishing of protein or meat. Porridge can also be made by cooking the protein in it, like the addition of fresh fish, minced pork, sliced pork, chicken, and other ingredients  that you can think of.

My other half  loves porridge cooked with minced meat ball. My No 2 daughter loves porridge and noodle soups, or any clear Chinese Soup with rice. In fact the ingredients for making rice porridge and noodle soup is similar. The difference is that the porridge is replaced by the noodles. The garnishes are similar, too. My other half ‘s invention is using bacon in porridge. Well, this is fusion food for you!  And it tastes great as the bacon is salty and complement the plain porridge.

BTW, one of  the ladies in the LFHW class was confused and could not accept that we are making porridge. That is because the porridge here is made of oats and it is served sweet, rather than savoury. Ad the end of the class, they used forks to eat the porridge as the usual oat porridge is rather thick here, so they made the porridge quite thick.

Here is the recipe for Pork Porridge, where the pork is cooked in the porridge. Then scroll down for the plain porridge with garnishing recipe.

2. Simmer, uncovered, for about 15 to 20 minutes until the rice s puffed up and soft, stirring frequently so that the bottom doesn’t burn. 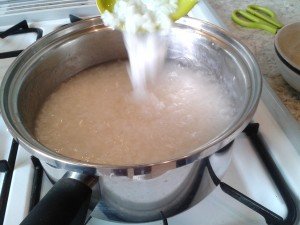 3. Add ½ teaspoon of salt. You might want to add extra water if the porridge is too thick.

4. In the meantime, season the meat with a few shakes of white pepper, ½ tsp of cornflour, 1 tsp of light soy sauce.

6. Simmer for another 3 to 4 minutes until the meat is cooked.

8. In bowl, put in 1 tsp of Tien Tsin vegetable. Ladle some porridge over it. Top with shredded lettuce, spring onion and Chinese parsley. Drizzle with a bit of the garlic oil and crisps and a dash of sesame oil. Top with a few shakes of white pepper.
9. Serve.

Put a ladle or two of the porridge in a bowl.  Garnish with the bacon or shredded chicken and the garnishing as stated above in step 8 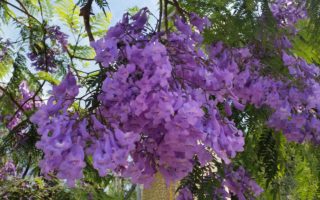 A Nyonya in UK, Health & Well Being, Review 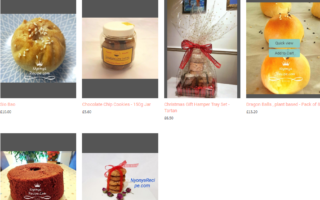