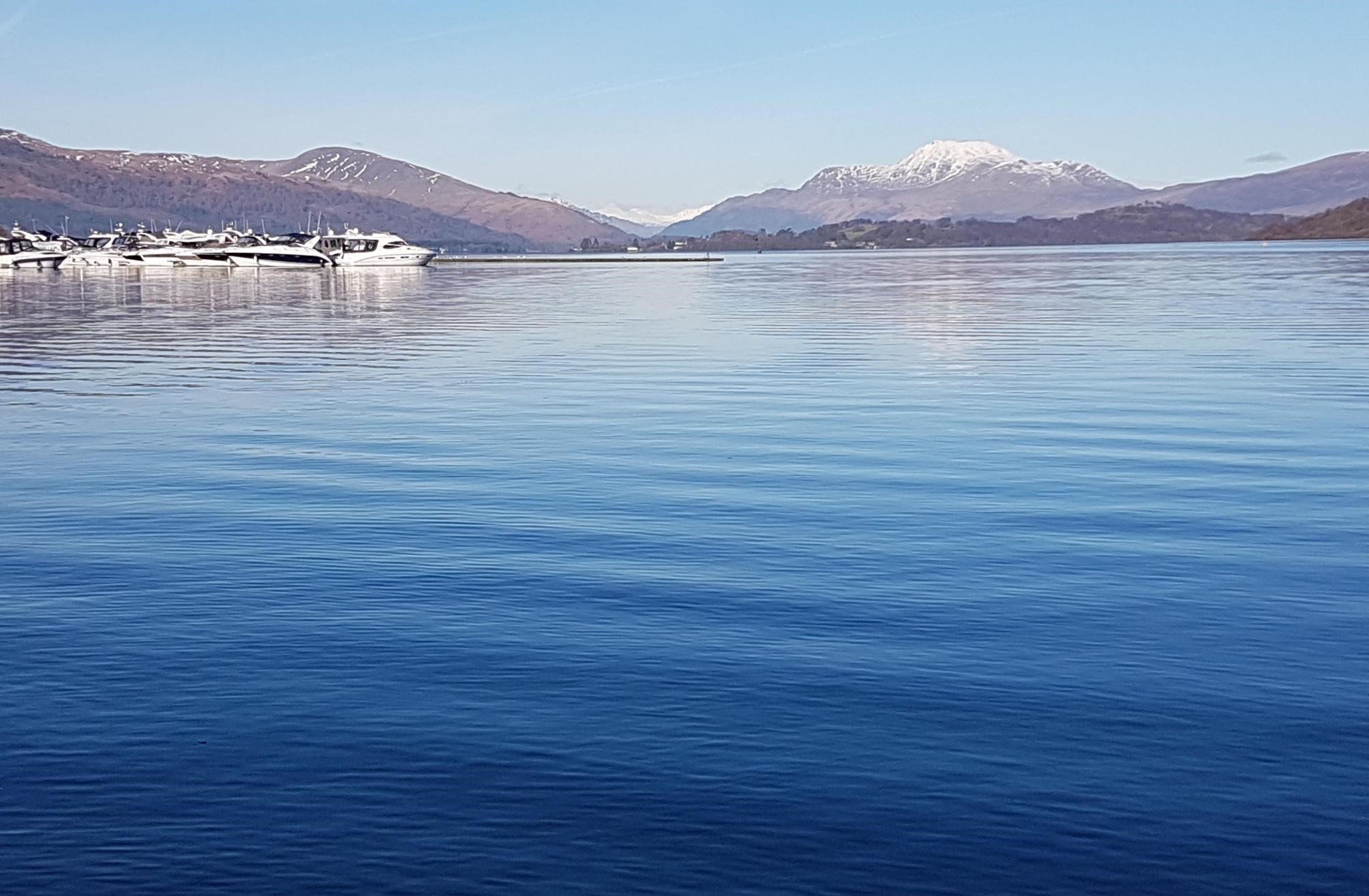 My sister-in-law booked a weekend for the family in the Cameron House Hotel in Scotland. That was some time in the middle of last year. She wanted to have a ‘retirement’ party. That is to say, that all her brothers and she  have reached retirement age.  Then in December,  there was a fire. We were wondering what would happened to our holidays. Fortunately only the main hotel was affected. As there are other lodges in the estate, the other properties are not affected.

Cameron House is ‘an upscale stately manor house with fine dining, plus a golf course, a health club and a spa’, says the website.

We drove there and on the way we stopped at the stop at Tebay services, Westmorland. It is a lovely ‘service’ stop. It is our favourite stop when we travel to the North.

There are the usual shops and food. But this place is more upmarket and has a farm shop and a nice restaurant.

We had lunch there. I had the Red Dragon Pie and my husband had Haggis and Tatties – a prelude to Scotland!. The Red Dragon Pie is a vegetarian pie made of sweet potato, hence the red of the potato. There is nothing fancy about it. Just a pie. It comes with salad as well. The Haggis was good according to my other half.

The view from the dining area was nice as well, although it was a gloomy day. After lunch we had a look around and did not buy anything substantial as we were going to the lodge and was told not to bring unnecessary foodstuff.

We reached the loch in the late afternoon.

The lodge that we had was a lovely place. It over looks the lake and has a fantastic view as the whole front of the top floor is glass. The place is spacious and the rooms are big with en-suites. However there was a pong in the air when we checked in. It was from the toilet in the downstairs room, which happened to be our bedroom (we had a lucky dip to allocate the rooms. Well, we were LUCKY! ). A ring to housekeeping sorted that out. The men came and had a look, fixed the problem and soon the smell was gone. Well done!

That evening, we went for a stroll and checked out the restaurant which is 5 minutes walk away. It was a nice restaurant with a nautical theme. We ordered some snacks and chit chatted and the clan generally spoke Scottish, which is a bit difficult for me to fully understand.

We then made our way to the lodge and had dinner in, with the men doing the cooking for a change.

We enjoyed the dinner and the company.

The next morning, we set out to check the nearby places. The scenery was breath-taking. We walked along the shore. We came across a shopping and leisure centre, a play area and a park.

We then walked further across the greens and reached the town of Balloch.

On the way, there was the Maid of the Loch which is a steam boat, and sort of museum. The Bonnie Maid of the Loch is the last of the paddle steam boats built in Britain. It can carry up to 1,000 passengers! It is a museum, as well as a venue for holding functions and a restaurant. There is on going fund-raising to enable the Maid to be repaired and refurbished to its former glory and to get it sailing again.

Coming back to our walk, we walked to the (sort of ) high street of Balloch and decided to have lunch in one of the restaurants.

We mostly ordered soup as we had a heavy breakfast and we were looking forward to a restaurant meal later in the evening. Well, we had dust falling over our heads as the place was under renovation, right above where we were seated. We were told that there wasn’t much they could do about it as the place was under renovation!!. Just as well we only ordered soup!!. Too much food will mean eating more dust!!

That evening we had dinner at the Duck Bay Restaurant.  This is not part of the Cameron House. The restaurant is fancy. The decor is plush. We were quickly seated and ordered our drinks followed by our meals. The service was attentive. Our meals were served without much wait.

I ordered the trio of fish which is the most lush of the dishes. £20.95. It consists of prawns, haddock and sole. The fish was very fresh and came with vegetables and a jacket potato. One of the fish looked like sea bass. My complaint was that the dish was very dry although it was served with parsley butter. By dry, I mean lack of liquid, not dry due to overcooking the fish. I asked for extra butter sauce ( I was given a choice of tartare sauce or butter sauce).  It took more than 15 minutes to arrive, only after I reminded the waiter. I thought I was going to be served a freshly prepared sauce. However, what I got was more of the same sauce. This did not help at all. The fish was just too dry with the butter sauce, which is the consistency of mayo. In fact it would be good if it was served with extra white sauce. The fish was fresh, and well cooked, but the way it was served did not compliment the fish at all. I had to drink a lot of water.

My other half ordered the Pan Roasted Venison Steak with haggis and sautè cabbage and bacon served with berry jus. (£17.95) He said the dish’s excellent!

My brother and sister-in-law number 2, both ordered the Classic Fish and Chips!! (£12.95) Not very adventurous, but safe. It looked delicious and was confirmed it was.

Sister-in-law had the Fillet of Sole (£19.95). It was good and came with white sauce. Her partner had the Oven Roasted Duck (£17.95) which was delicious. It was served with plum pureè and white wine sauce.

We were all full with just one mains. Only one desert was ordered, which was ice cream.

We all had a good time, good company and good food.

We then walked back to the lodge.

The next day, we went to the local market and bought some sweets and rocks. We walked to Balloch again. This time my husband and I tried out the local restaurant called Corries. It is a small and simple sort of cafe serving authentic Scottish food. They have a band playing in certain days of the week, too, and it looks like the band is popular.

I ordered a Cullen Skink , a traditional Scottish Fish Soup. I have always wanted to try this soup for a long time! Finally I have the opportunity!!. We had the lunch special which is a soup and a sandwich for £5.10. It was a good deal. The Cullen skink was delicious!!

Of course I ordered Irn Bru!! How much more Scottish can I get?

We enjoyed the meal and then joined rest of the family in a Scottish pub 2 doors away.

It was an afternoon well spent.

We ate in that evening and watched a box set.

The next day we had breakfast, tidy up and then we said goodbye.

It was a relaxing trip and my husband had a good time catching up with his family. One thing for sure is that I am better at understanding  their Scottish accent!!. I used to fall asleep when they talked about the good old days. It takes a lot of effort to get better!!.

Until the next get-together, cheers from Scotland. Btw, they are planning for the next one. Where To Find Festive Events Near Hinckley 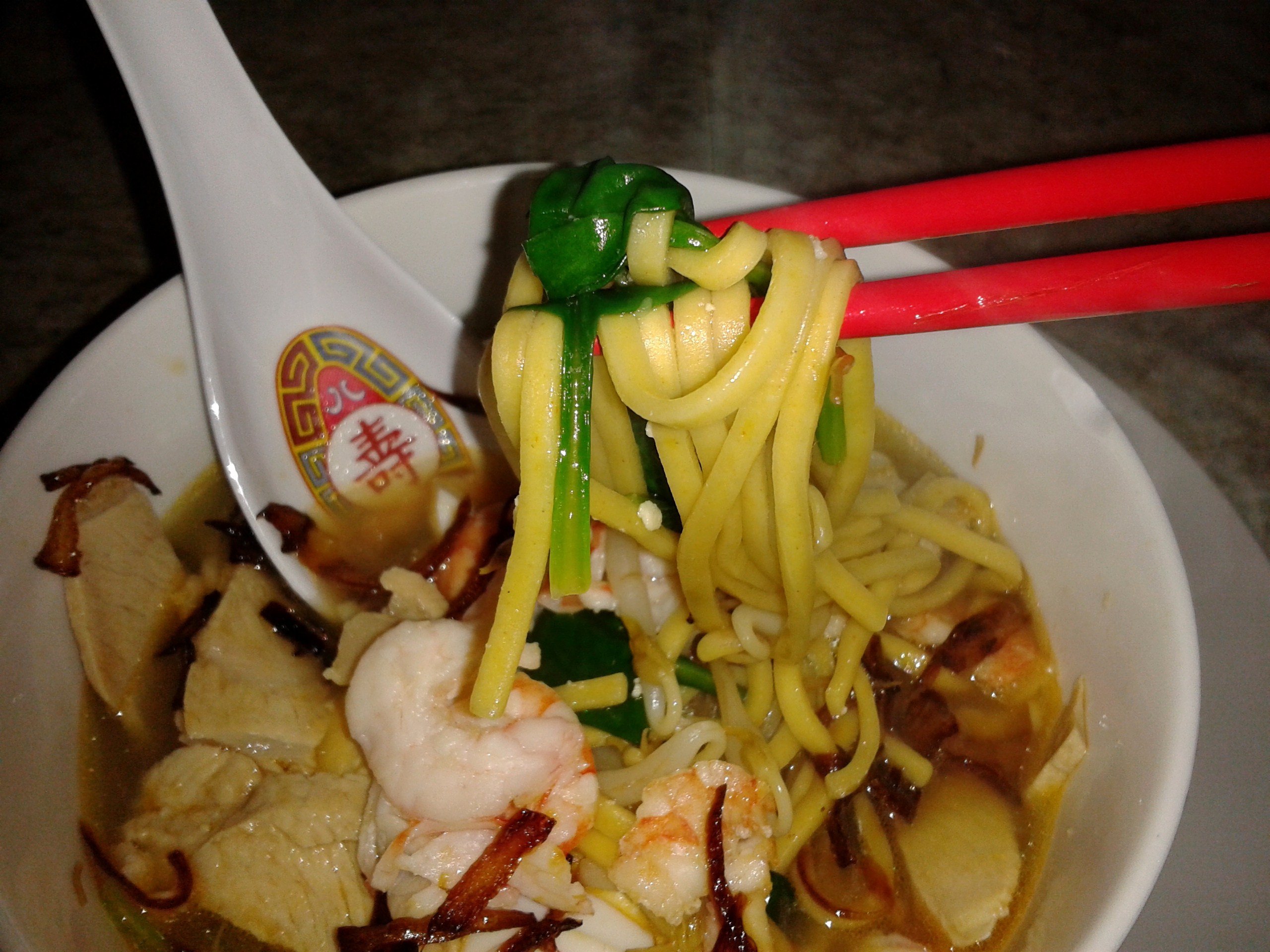 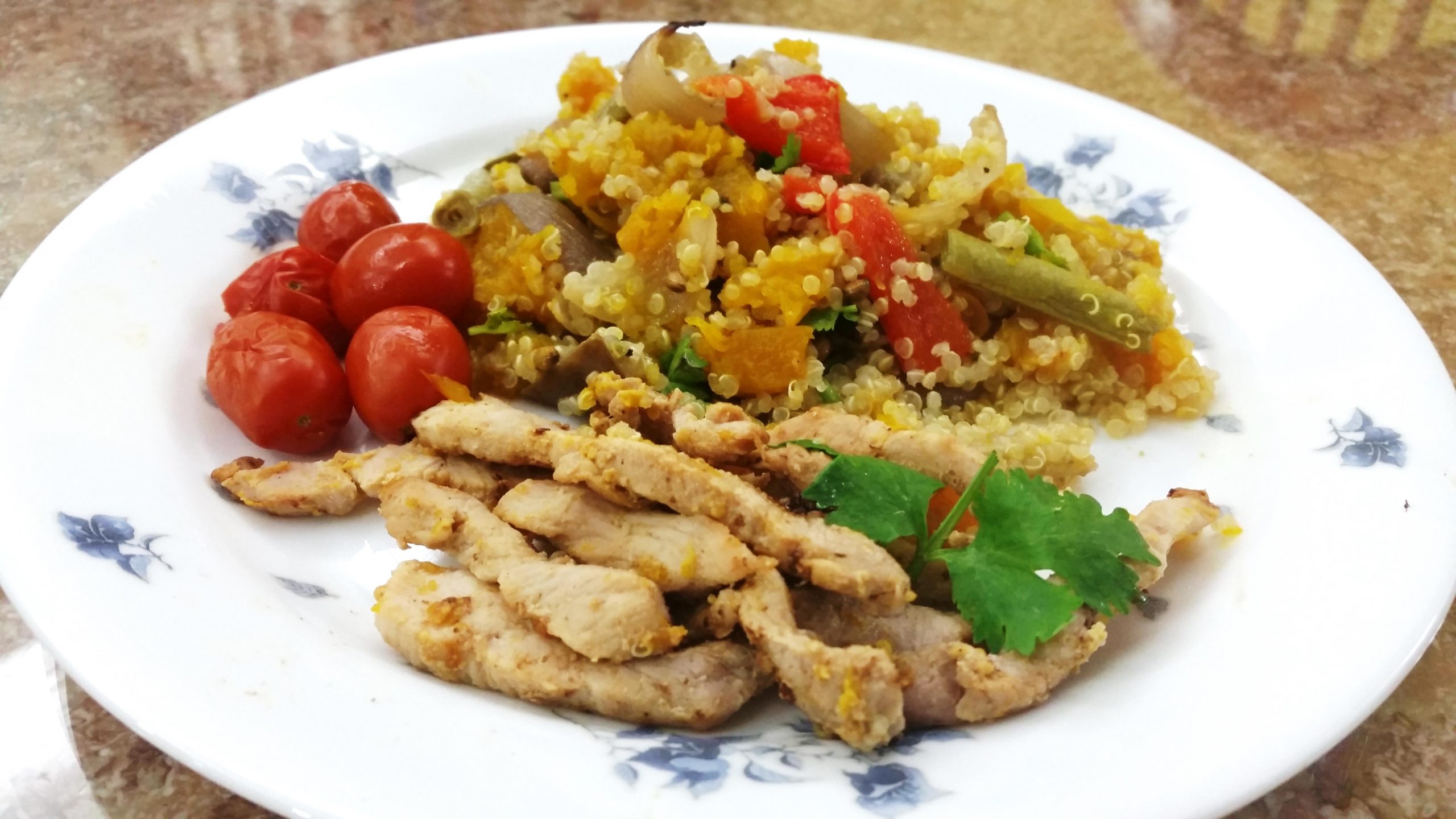 Pork With Roasted Vegetables and Quinoa