Skip to Content
Home / What’s in My Kitchen? / Ingredients / What is Aubergine? 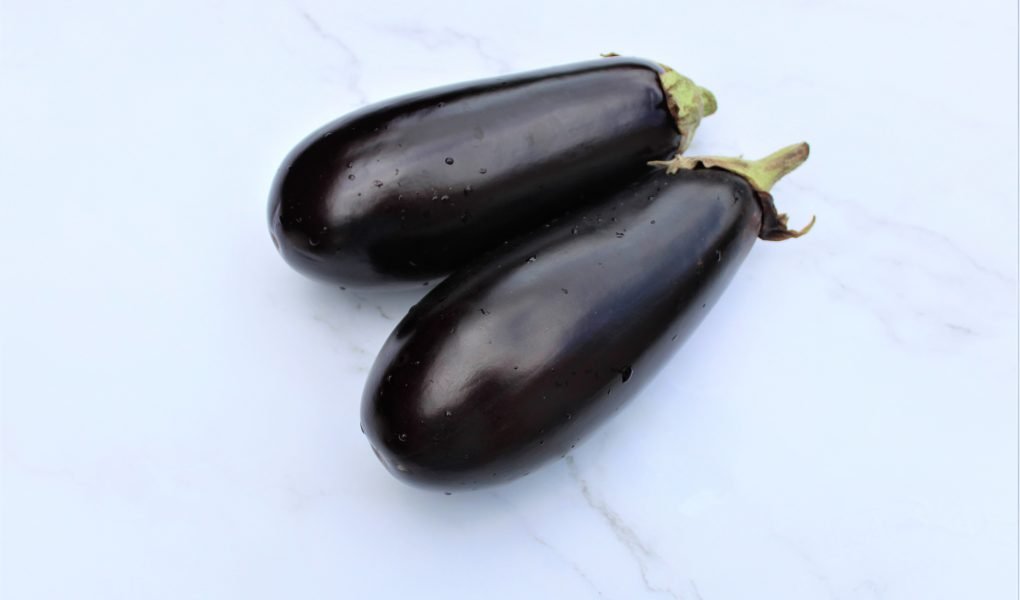 Aubergine, or brinjal,  as it is commonly known in South-east Asia, is a fruit. Also known as eggplant (Solanum melongena) is a  species of nightshade grown for its edible fruit. “Eggplant” is the common name in North American and Australian English but British English uses “aubergine”, which is actually French. “Brinjal” is colloquially used in the Indian sub-continent and Asia. It is commonly used in curries in India, Thailand and in South-east Asia. It comes in various shapes, sizes and colours, too.

The common ones found in the local supermarket is the oblong shape with a wide ‘bottom’ as in the main photo. The ones we commonly have in Malaysia is the purple long thin ones as well as the white ones. We also have brinjals that is round,  egg-shape, thin and long,  in white, purple or light purple or in purple stripes in white. There is also another type which is very small, round shaped, that is the size of marbles and it comes in a bunch. The Thais use it in their curries and it is slightly bitter and gives a crunch when one bites into it. It actually goes  ‘pop’ in your mouth.

Is it difficult to prepare?

In the old days, we used to cut the aubergine and scatter  with salt and leave it to soak. The the brinjal is washed and then squeezed dry to remove the bitterness. Nowadays, the ones we get in the supermarket is not bitter and hence  can be prepared and cooked straight away.

Brinjal is spongy and absorbs flavours easily.  It  turns soft and silky when properly cooked. By itself, it is not flavourful but it absorbs the flavour of the sauces it is cooked in. It is used in many cuisines. It can be found in Indian cuisine; curries, grilled and the flesh is scooped and made into a silky dip,  and in the Mediterranean; moussaka, lasagne, ratatouille and more.   It is also popular in the Americas. I like to use it in my fish curry, together with okra and tomatoes.

Aubergines can be fried, steamed, grilled,  stir-fried, and deep-fried in a batter.

The Chinese has a Sichuan dish of Brinjal fried in chillies. My version is  vegan. This recipe uses french beans but can be replaced by aubergine.

I recently made a vegan Moussaka and it is so good that it has become one of  my family favourites. You can get more details about the Vegan Lentil Moussaka here.

Guess. What are the top eggplant producing countries in the world?  Check your answers here.

I hope you like this short write-up about the egg-plant. I will be sharing more about food ingredients and spices on a regular basis.

For the time being, enjoy the read and do let me know if you want to know more about cooking ingredients commonly used in Malaysian or Nyonya cooking.