Skip to Content
Home / What’s in My Kitchen? / Ingredients / How do I cook celery? 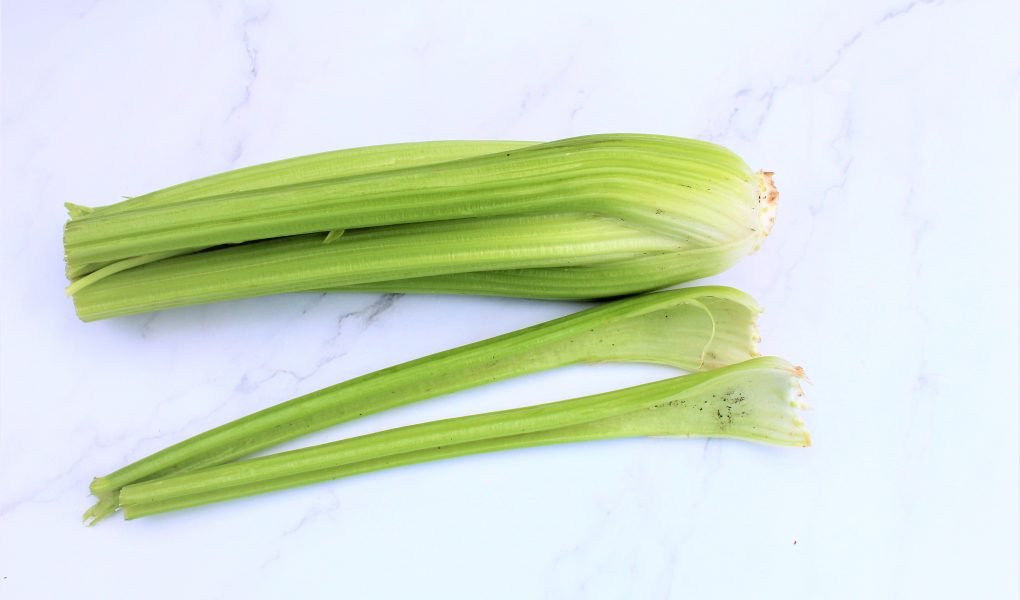 Today the vegetable  we are discussing is celery. What is celery? And how do I cook it?

Celery is a common vegetable and it is available all year round. It is a versatile vegetable, and can be stir-fried, braised, made into soups and stews.

The celery we get here is usually sold in it’s cut version, i.e., the outer leaves are removed during harvesting and trimmed and placed in plastic bags and shipped to the supermarket. You can still get the not-no-cleanly presented celery in the farmers markets or farm shops. It does not look so nice but it is the same. You probably need to  wash them more to get rid of the of the soil and trim off more of the stalks. Both the stalks and  leaves can be eaten.

How to cook celery

The celery stalk is the part that is most commonly eaten. I do not normally throw away the heart that contains the leaves. I  usually add them in  stir-fries  and also add it in soups.

Celery salt is popular in the US.  Celery seeds is also used in cooking and used as a spice.

In Asia, or the Orient, there is another type of celery which the stalks are thinner and sort of crispy. It has a lovely celery smell and we usually use it as a vegetable for stir-frying and it is very popular as a garnish. We smash the stalks with a cleaver or the back of the knife and it splits, then we cut it into 3 cm lengths and add it to fried noodles, or other ingredients in Chinese dishes.  The Chinese celery is often chopped and sprinkled on to soups and stews, and at times, together with chopped spring onions.

The usual way to cook celery is to make soups and stew. My go to stew usually has carrots, celery, onions, and some other vegetables like potato.  Sometimes meat is added.  I also like to add some spices like cinnamon and star anise, to the stew so it gives a better aroma and depth of flavour.

Here is a dish that I use celery and also has spices and cinnamon in it. It is plant-based, too

To reduce the fibres in celery when cooking, sliced the celery thinly, so that the fibres are cut short.

Other vegetables that are related to celery

Celeriac is a root vegetable of the celery family. The leaves look like celery leaves and the tuber is round. Celeriac can be eaten raw as in a salad and it is sometimes used as a replacement for jicama, which I do not think that it is the same. It can be roasted whole or made into mash and added to stews.

The other type is Chinese celery, as described above.

Nutrition wise, according to the USDA Food Central Database, a medium stalk of celery (40 g) contains 5.6 calories and 1.2 g carbs. This makes it a universally loved low-calorie snack option. The stalk contains 38.2 grams of water and is great for hydration. 100 g of raw celery contains minerals such as calcium, magnesium, iron, zinc, and potassium. It also contains vitamins A, K, C, E, and B vitamins (thiamin, riboflavin, folic acid, vitamin, and vitamin B6).

One more tip which you cannot find from other sources.

This one last tip is from me. If you feel that the celery that you are about to prepare  is a bit fibrous, and you want to  remove some of the fibres, this is what you do.  Just snap the  celery stick into half or wherever it snaps. If it is fibrous, you will see the fibres attaching to the 2 halves, . Then just pull the other half and remove the stalk without the fibres and do the same to the remaining half.

There you have it. Celery with less fibres.

I hope you enjoy the  article and please share and like it  on social media and with your friends.

Until the next article.