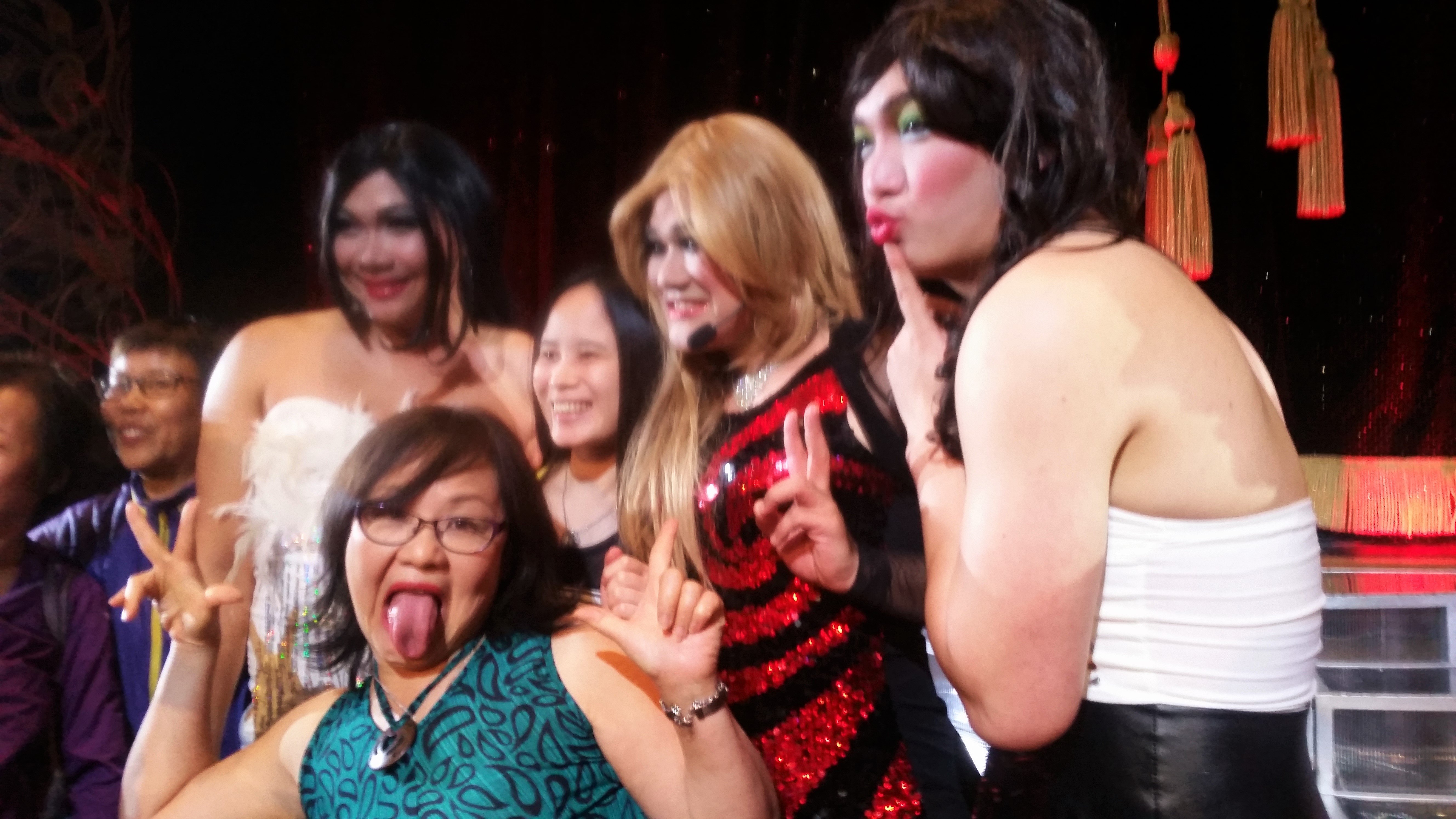 In my recent holidays in Malaysia, I booked a cruise to  China and Vietnam, embarking in Hong Kong.

It was a 4-day cruise. We flew from Kuala Lumpur to Hong Kong. Arrangements were made by our tour company to spend the night in Hong Kong and to have a day tour of the city before we head for the cruise.

We stayed at the Panda Hotel. The hotel is in Panda Plaza and it is a shopping plaza with many food outlets and restaurants. We had dinner in one of the shops. The food was ok.  I had roast duck, chicken and rice set meal, and my sister had a stew of duck feet with rice set. The food was so-so. We then had a walk around the plaza and one of the surrounding buildings, looking at the shop windows and the supermarket.

The next day we went on a day tour of Hong Kong. We were joined by other tourists along the way. We were taken to the local attractions, like the Golden Bauhinia ( which is the national flower of Hong Kong) and the harbour view. The air quality was bad.

Then we were taken to Repulse bay. This is the expensive part of Hong Kong. We went to a temple and was encouraged to touch a deity of prosperity so that we can become rich. Of course we all touched it. Then we went to Aberdeen and went for a harbour tour on a boat ( optional) and we were taken to  see the Jumbo Floating Restaurant, and the old part of the harbour which was scheduled to be redeveloped.

We were then taken to the Star Cruise Boarding area. It was huge!! … and filled with people…and noisy! We had to walk through a shopping mall and it was confusing. Fortunately we were accompanied by a tour guide right up to there. It was a bit confusing but we finally boarded the ship.

We went to our room, which was a twin share and it was comfortable enough. There was a welcoming reception at Level 7. Then we went to the safety drill. After the drill, there was a sail away party, where we were welcomed by the Cruises Dances from Brazil, acrobats, gymnasts and ballroom dancers. There were live music from Philippines. Who else, but the Philippinos  who are well known for their music.

There were a lot of activities on board. There are a lot of restaurants and cafes and not all are free. Depending on the type of rooms that you have, some restaurants are chargeable. There are also some passengers who get free rooms in the cruise because they spend a lot of time in Genting Highlands. These are the gamblers who are regulars in the Casinos in Genting Highlands. This Cruise company is own by Genting Berhad Group of Companies in Malaysia and they operate casinos in many countries as well as on international waters as gambling is tax free in international waters. These regulars are given a lot of freebies in the cruise. Unfortunately I am not one of them.

There were a lot of activities on board. There were music and entertainment on board most of the day and right up to the early morning hours. There were Chinese music, pianists, line- dancing, bingo and theme parties, band, singers,  etc. We checked out the swimming pool and it was jam-packed and noisy, so we decided to give it a miss.

We had dinner in the Mediterranean Restaurant. It serves an international buffet, with Western, Chinese, Indian, and Philippine cuisines, among others. There was a wide variety. I tried the Philippines noodle soup which has black pudding. My sister loves all the innards and black pudding so to her this is paradise.

We can only choose some activities and we cannot be in all places at one time. On the first evening, we went to the ‘HOT,HOT,HOT’ theatre show. The show was of international standard. The dancing was good and there were acrobats, gymnasts, magicians and the lot. The choreography was excellent with one act seamlessly melding into the next. It was mesmerizing.

One thing I noticed was it was too loud. The music was deafening.

After the show we went to the Grand Piazza which is the lobby of the ship and there were more entertainment there. In fact there were simultaneous events going on. There were line dance and quiz show.

The next day we went to for a land tour to Sanya, Hainan, China. We booked for the Li and Miao Ecological Cultural Tour – with coconut lunch. The reason we signed up for this tour was the cultural aspect and also the lunch! I have never heard of a coconut lunch before and was curious.

We were put into several busses to go to our preferred destination. We went on a short town trip and then went to the restaurant for our coconut lunch. It turned out that all the dishes served had coconut in them. It was Chinese food and it wasn’t particularly tasty. We have stir-fried bean sprouts with coconut strips, stir-fried marrow with coconut, fish with coconut, curry with coconut milk, stir fried green vegetables with coconut, stir fired long beans with shredded coconut, salad with sea coconut, soup with coconut, desert with coconut!!! The taste… well it was nothing to shout about.

We were then taken to the Li and Miao Cultural Tourism Area of the Ganza Ridge Areca Village. It was a winding road, something like you get when you drive round Penang Island.  We then reached the stop/ entrance to the village and cultural center. One can actually walk up to the top and to the cultural village, but since we were short of time, we went on forward by bus.

On the walk to the cultural centre, there were tribes people selling Areca Nuts – that is betel nut. And I thought that the habit of chewing betel nut was long over!

I remember that when I was a child, whenever she came to visit, I used to help my grand-aunt prepare betel nut portions for chewing. She would have all the paraphernalia consisting of a round tray, filled with dried betel nuts and betel nut leaves ( daun sirih), a pair of secateurs to cut the betel nut, a small bowl of slake lime, and a little mortar and pestle. I would sometimes wrap the ingredients in the leaf. Her mouth would be stained red/pink. Chewers would sometimes spit out the goo all over! Chewing betel nuts causes oral cancer. In fact there are hardly people chewing betel nut in Malaysia nowadays.

We then went to see the cultural show. The show was the usual sort that tells the history of the Li and Miao tribes. There were police around to monitor the place. As I was sitting quite far at the back, I decided to move to the barrier in front to take a few shots. However, there was this policeman or from the military who signalled me to go back to my seat!!! Can you imagine this?

After a while the show got a bit boring.

After the show we did not have time to see anything else and were then taken to the local supermarket for shopping.

It seems Sanya is famous for its pepper ( I thought Sarawak is more famous) and coconut. There were a lot of coconut products and we got to taste some hot coconut drink somewhat like milk. It was lovely and I enjoyed it a lot. However, it was too fattening, so I did not get any.

After that we had to get back to the ship.

After relaxing we went for dinner in the Chinese Restaurant for dinner. It was a set dinner and the food was typical Chinese fare, There were soup, braised pork, stir friend prawns, stir fired green vegetables  and fried rice, and Chinese tea. The food was alright and the portions were big.

That evening we went to the theatre show again, this time is themed ‘Decade, a Crew and Band’ show. The show was put up by the ship’s crew and their bands. It was a good show again and the male crew cross-dressed. It was funny and entertaining. After the show we took photos with the ‘stars’.

We went to walk around and watch people enjoying themselves with the game shows, dance and music, etc. Then we retire for the night. 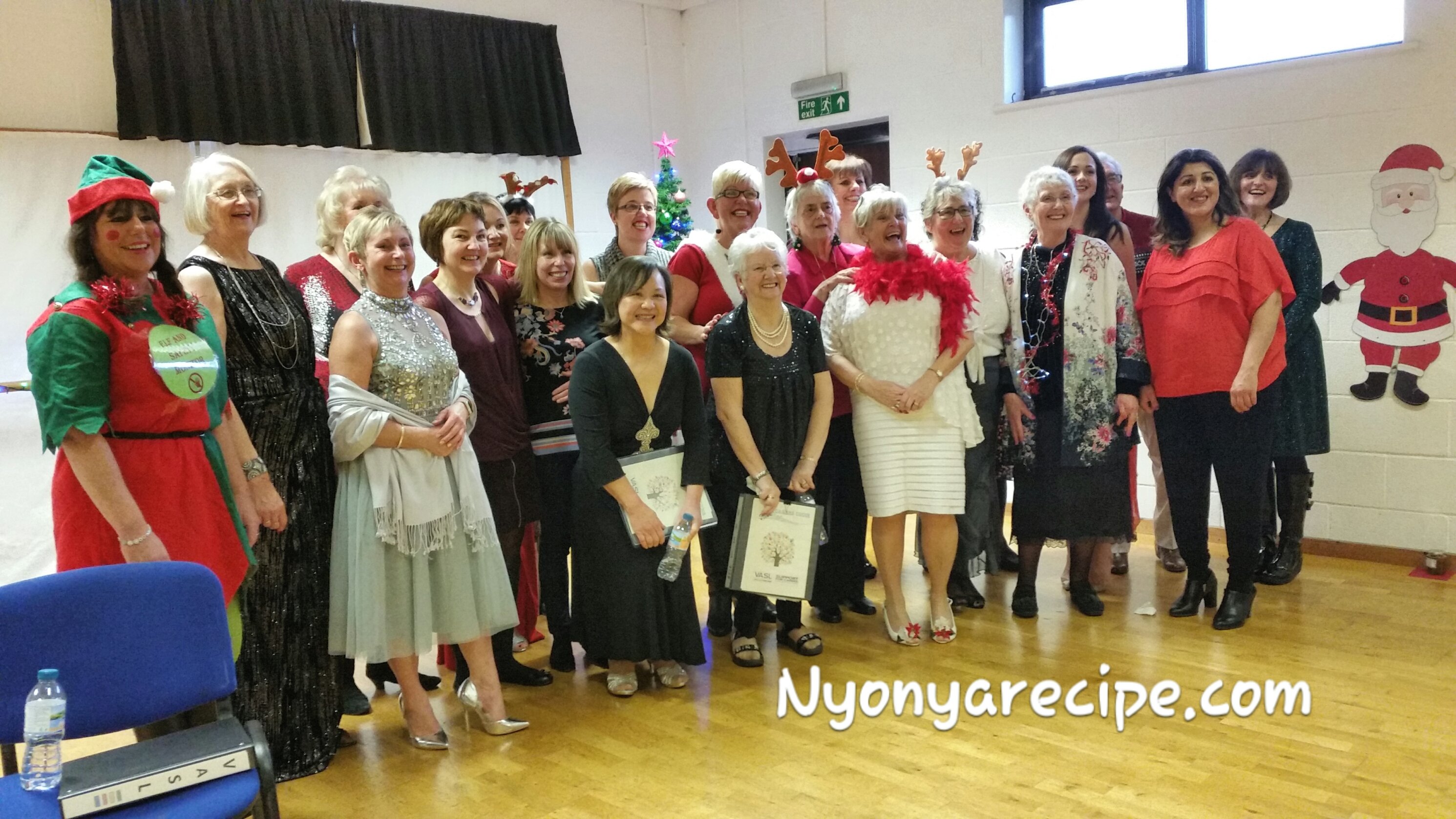 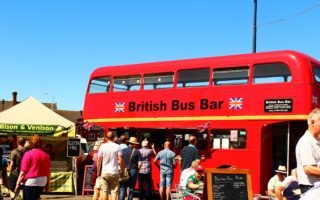 Where is the 8th Artisan Cheese Fair? 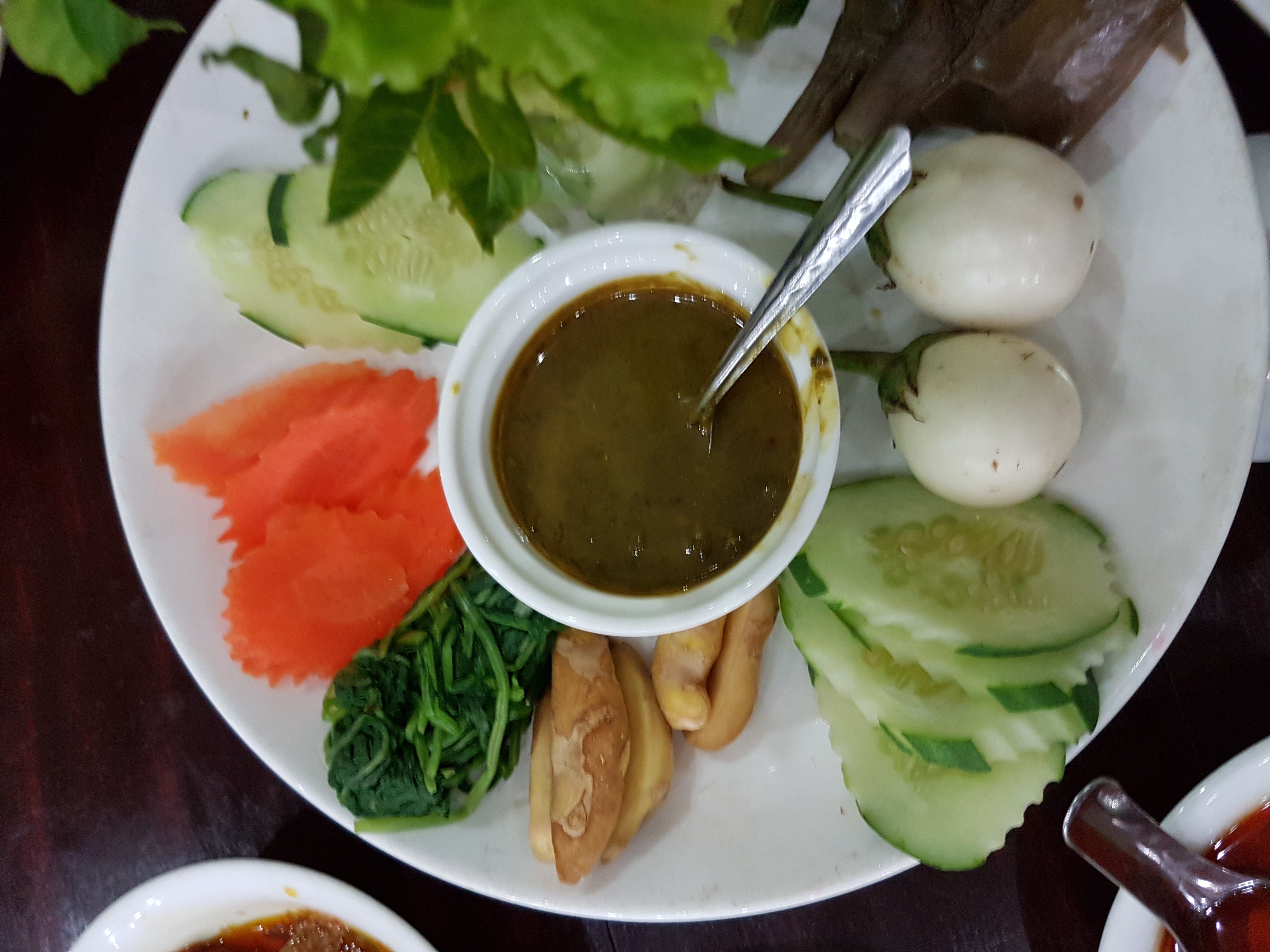